In preparation for Luminarium's 2016 feature production PORTAL: Stories from the Edge, Luminarium's Publicity Intern, Lillian Gaylord, has interviewed each of the performers to better introduce them to you—our followers. Enjoy getting to know Alison McHorney, then come see her perform at the show: November 11 & 12 at the Boston University Dance Theater. Grab your tickets here! 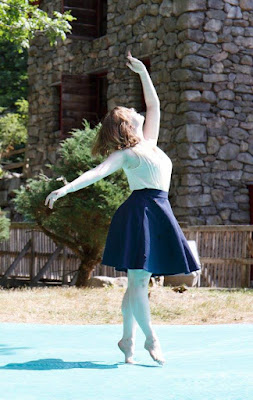 LG: Merli’s new work, “The Grass Never Grows,” is about the danger and allure of slowing down. She mentions that many in the company had not heard the titular phrase before. What was your reaction when you heard it? Did you find it insulting or complimentary? How does it, in your mind, frame or tie in to the piece?

AM: I had missed the first rehearsal and, contrary to most dancers in the piece, I started learning movement before I heard that phrase. I had heard it before, and in an odd way I had always found it comforting. I know people say "don't let the grass grow under your feet" as a warning to not grow complacent or lazy. But I think that everyone's place in the world isn't necessarily to do something great, that success and artistry should be something to struggle for, and cherished all the more because of that. The world will go on without you, the grass will continue to grow. I like knowing that, scary though it may be. Motion for the sake of motion without progress doesn't mean much, and taking the time to let the grass grow under one's feet, to take time to reflect, could be more beneficial than moving forward only hoping one is making progress.

LG: As an artist, do you struggle with the idea of slowing down? How has that influenced your work in this piece?

AM: Working as a dancer, I did take a little time off after college but it turns out I'm not allowed to slow down. My body is so used to rehearsals and classes that when i was not dancing on a regular basis I injured myself more seriously and frequently. My body literally won't let me stop dancing. I know I'll have to slow down one day, but right now I can't see that happening. As far as slowing down artistically, creativity expands with experience and exposure to different ways and phases of life. Like many artists whose craft requires physical exertion, I hope that when my body doesn't allow me to dance like I can today, the art continues to remain as large a part of my life as possible.


LG: You’re also in the TEDxCambridge Piece, which was first shown at the Boston Opera House, what are some of the differences you, as a performer, feel between performing a piece that has already been received (and received well) versus performing a piece for the first time?

AM: I love the TEDx Piece. It's a perfect blend of Merli and Kim's choreograhic styles; it's athletic, and it's tremendous fun to perform. Since it was a commissioned work, it was made very specifically for that event and that stage. It will be different performing it in a theater with a deeper, narrower stage. I'm excited to be able to showcase it again, but to me it'll always be the Opera House Piece. 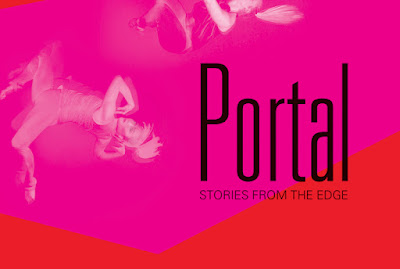 Posted by Luminarium Dance Company at 9:26 AM