This Luminarium "Sketchbook" entry brought to you by Merli.

From approximately 10am to 11pm, Kim and I spent our President's Day communicating back and forth about grants, research, connections, scheduling, planning, rehearsing, etc. The nitty-gritty aspects of running a company. But from 11pm to 1am, the conversation shifted to the creative process, and what a meaty conversation it was!

We covered several directions this topic could take us, but I thought it might be interesting for our viewers to see a little sneak peek behind the creative process of one of our current works, Spinal.

For those who have been following all the recent images of my Quilt Vignettes for our Threading Motion Project with the New England Quilt Museum, you might remember a digital sketch of Spinal, in which a white spine-like quilt would be projected across a dancer's back. Spinal quickly became a favorite among these digital sketches, not only for myself, but for my viewers, and the dancer I cast!

Little did we know how tricky this vignette would secretly prove to be...

My original concept was to project the image onto Jess's spine, seating her on an angle to allow us to play with her shadow. However in reality, Jess was so dark in comparison to her surroundings, and the beam of light was so bright, that my eye continuously wandered to the projection. Only to the projection.

Light and anatomy are both to blame for this lack of intrigue: Unlike my other quilt vignettes, in which the patterns cover a greater amount of space and the dancers face any number of directions, we suddenly found ourselves with a thin vertical beam of light against a flat back...good luck making it undulate, let alone move!

Now, this was by no means a shock, but when you combine a bright, stationary beam of light with the inability to see the rest of Jess in the dark, you are literally left with one of the most boring films of all time. (I'd post it here, but... I mean, it's literally just the spine quivering in the dark to the sounds of me giggling with frustration.)

Fast-forward one hour to when we threw on the lights, and suddenly the entire piece takes on a completely different feel and complexity: 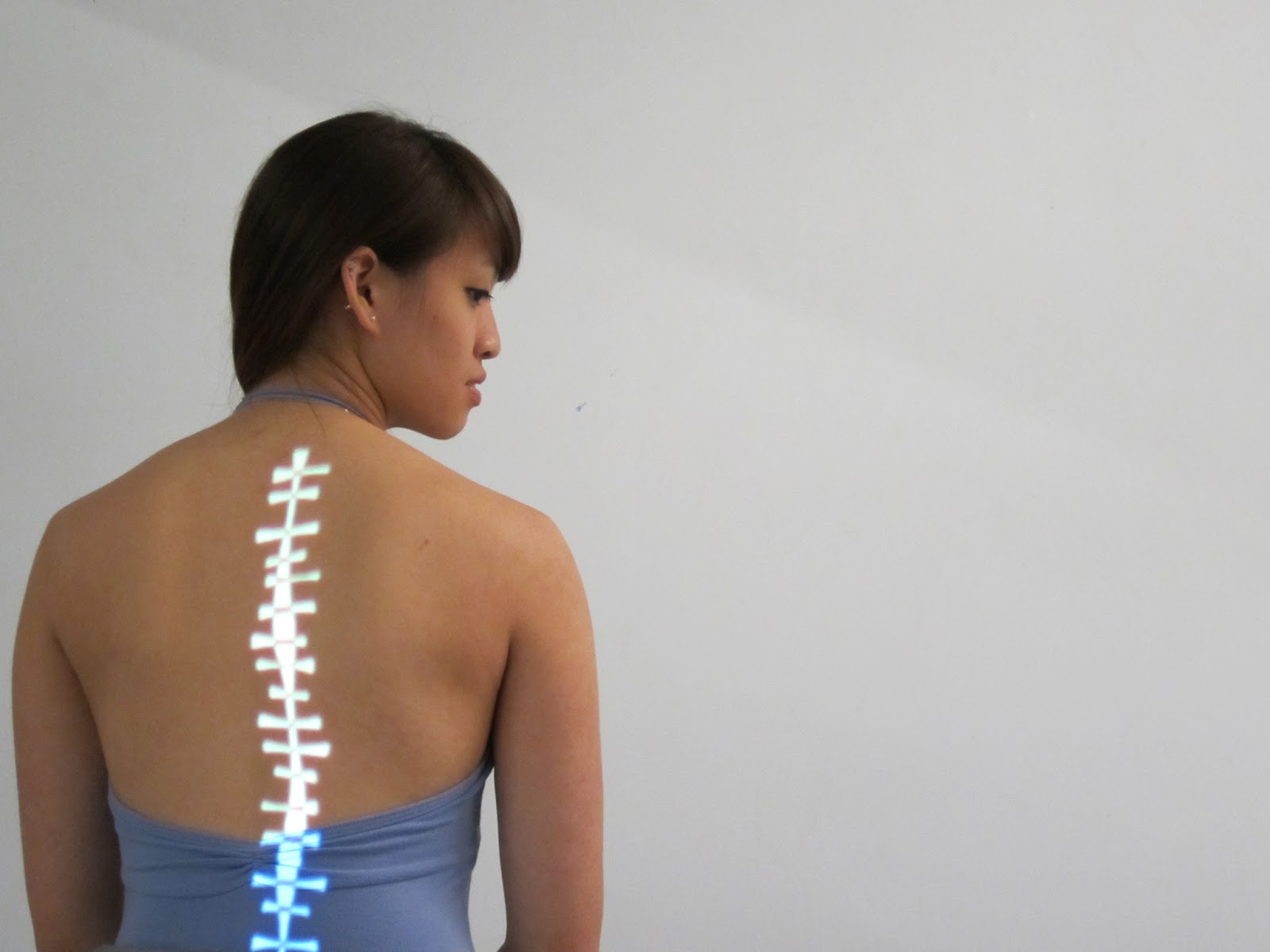 I filmed it again in the light, and was struck with a sudden sense of success! It is amazing how differently this piece now read: With the focus drawn away from the projection and instead onto Jess as a whole, I found myself excited by the unexpected movements of the spine on her back. A highlight, rather than a hiccup.

So now it's less than 24 hours before my next rehearsal, and I am still struggling as an artist to determine the best move. Do I try to salvage the dark version? Do I welcome the fully-lit version? Or do I try to find a balance in between by using clamp lights to manually adjust the Jess to projection ratio?

Posted by Luminarium Dance Company at 8:17 PM No comments:

**Note!  I wrote this post about our upcoming summer/fall Secrets&Motion project awhile ago, and have been trying to keep it at arm's length, while immersing in our Lowell Quilt Project.  I am letting my thoughts out in an attempt to release them from my active brain space, and keep them simmering until later spring.**
Listening to Myrlie Evers-Williams speak at the Inauguration made me once again aware of why I've wanted to work with words for so long.

In planning the start of last year's season, or maybe end of the one before, I brought up working with diary pages in the context of the candid thoughts of youth, but it wasn't the right time for such a project.  At the tail end of Mythos:Pathos, really as fodder for grants and something to put on paper for the next year's marketing materials, I threw the idea of turning words into a full-length performance again, and it took root.  Moving forward with an equally motivated codirector, we decided we wanted to pursue text (both original and preexisting, anonymous and owned) and we would find it through community members and library books and other sources, and we would treat it with dance.  A solid assortment of text-turned-dance would be a shot to capture who exactly we are.

Words are so important, even if they never become words.  Words are progress.  Words document, propel, and provide narrative to history.  Words are birthed thought (yes, I'm still going!), opinion and communication.  Words are protection and unfortunately sometimes weapons.

An important idea to me, personally, is how often words are forgotten or dissolve from our brains. The fables, myths and cautionary tales we read as kids are so often forgotten or discredited with adolescence.  Advice from our parents, those things we never said we would do or allow again, our wedding vows- what falls by the wayside?    A wonderful side-effect of this project is the amount of time we will be granted to meditate on words we might otherwise just read through; selecting text will be a vital task.

While Merli and I will be creating and merging segments together to form a larger show, I think my own focus will be selecting historic and contemporary texts and comparing them to original and personal pieces to find both difference and universality.  This, as always, is bound to change and in need of specificity, but it's currently a nice way to think about time travel through words, thoughts and dance.

-Kim
Posted by Luminarium Dance Company at 10:07 PM No comments:

Casting is complete! Our filming day is being secured, and so far, I have received nothing but enthusiastic feedback from the artists behind the quilts I chose...fantastic!

Below are three more digital sketches inspiring me for this week's rehearsals. Can't wait to start working with our dancers... 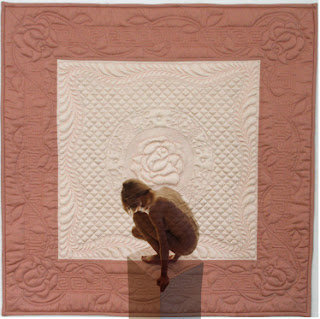