Just a little over a week ago, Luminarium was preparing to present selected works at Mobius in Memento Mori, an exhibit and series of performance nights dedicated to the concept of remembering one's own mortality. Both LDC Directors were thrilled when not one, not two, but three of their works were selected for the show.
During Gallery Hours, Merli's film What seems so is transition played on loop along side Jimena Bermejo-Black's Tears, running from October 20th through October 24th. On Thursday evening, members of Luminarium attended the Gallery's opening, viewing work from the various sculptures, painters, and video artists in the space they would perform in the following evening. 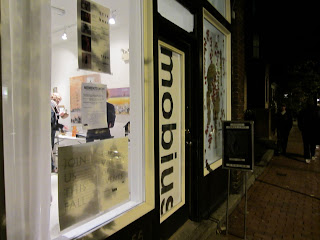 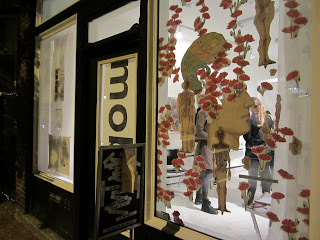 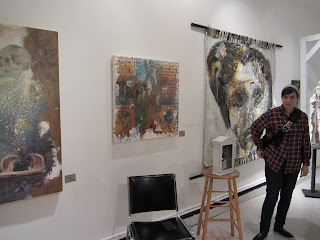 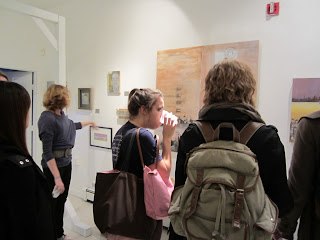 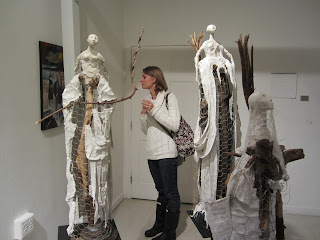 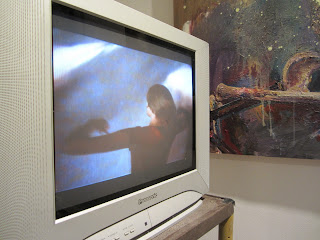 The following evening, Luminarium presented Merli's Casting Shadows, Tearing Holes, which proved to be quite a challenge! Especially considering the large paper screen the dancers tear their way through literally took up the back wall of the space. With roughly 13 feet by 18 feet of danceable space, the performance proved to be extremely visceral for its audience, who not only heard the tearing of the paper up close, but felt the air rushing past them as the dancers swept past the front row, dodging those on the floor.
By 8pm it was clear that the performance artist for 8:30 was a no show. Luminarium was asked to perform again. Unfortunately, the set up for Casting Shadows, Tearing Holes is extensive, and the company found itself out of paper and out of time. Looking around the room, it was Dahne who suggested performing a different work from our repertoire: Kim's Within from the Upon | Within Project, which will be performed one last time at Green Street Studios this coming Friday and Saturday in Y.E.S.
The company quickly sprang to action, with three of the piece's four performers, and Merli jumping in with the little bits she knew of the fourth dancer's role. Of course, this is what Mark chose to film as he, and others, stood outside the Gallery, peering in through the window...
Within
The evening concluded with a beautiful performance art piece by Mobius' Sandy Huckleberry, and Kim's Agonía. Everyone who viewed Luminarium's work was wonderfully supportive, and many were taken by Kim's two pieces, which worked well in the small, intimate space. It was a challenging, but wonderful experience for Luminarium; an experience that has us all excited by the thought of working with Mobius some time in the near future...perhaps in 2012.
Posted by Luminarium Dance Company at 9:57 PM